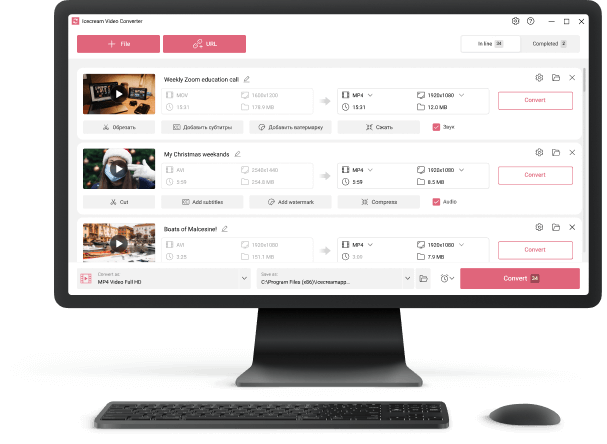 Video converter is a popular type of software to convert video files to other formats. Such programs are used by professional editors in studios, bloggers, lifehackers, ticktockers to process their videos, novice users to change the file extension. Thus, video converter is a universal software for everyone, regardless of the field of activity, availability of knowledge and experience.

There are enough programs on the Internet to change the video format. However, not all of them are free, have a sufficient set of tools and offer wide settings to satisfy all user needs. Today we have prepared for you the top 5 best free video converter program that you can rely on. 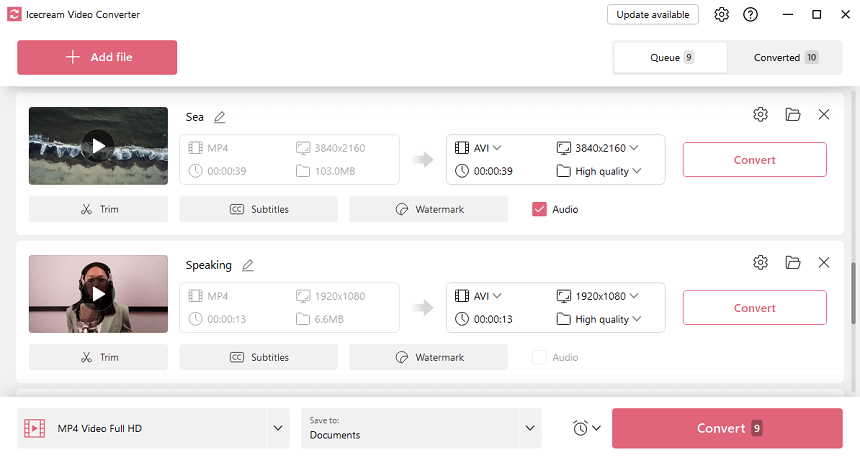 Powerful and versatile video converter to process files in a bulk. It is capable of converting multiple queued files and does not require technical skill from the user. Select from multiple presets to change the video resolution along with the format. Its large selection of output formats will be greatly appreciated by social media users, motion designers, storyboarders, hosters of their own channels, and travel-bloggers. The freeware will also be useful to ordinary users who want to convert their family video archives into more modern formats. 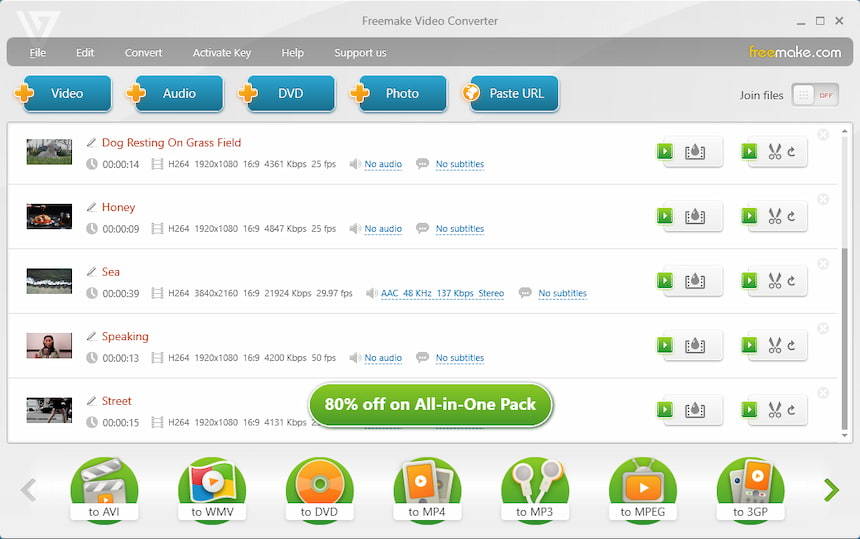 This is a good video converter with a wide range of supported video codecs formats. The software is also capable of adding third-party audio and creating slideshows, which makes the program more versatile. It is distributed free of charge, but this version puts its own watermark at the end and at the beginning of the resulting video, and this sometimes causes difficulties. You can not only convert video, but rip DVDs and do some additional video editing like trimming, rotating and merging.

The main function of the program is superficial editing and conversion of video files to other formats. The software supports all common formats: from mobile 3GP and 3G2 to large-volume DVDs. It comes pre-installed with all the codecs necessary for operation, so users do not have to look for and install additional software. While it has a lot to offer video conversion-wise, using it is far from being convenient.

This is a free video converter developed for Windows and MacOS operating systems. The software is used to convert video files to other formats and to compress large videos, too. In addition, the program allows you to merge several clips into one movie, copy a DVD or Blu-ray disc to your PC. It differs from other video converters in its ability to convert photos and audio. That makes this converter a universal tool for working with media files.

A very simple yet effective program for Windows OSs with a standard set of tools. It can be used exclusively for the conversion of video files. Compatibility with all modern formats makes this software a universal tool to convert video files when performing simple tasks, as the toolkit does not have advanced functions and a large selection of settings.

Here we have covered the most popular free video converters available today. It's up to the user to choose the one he will use. It can be a powerful freeware like Icecream Video Converter with flexible quality settings and additional features for solving complex tasks or a simple small program Convertilla for routine work on media file conversion.

Related articles:
How to Convert AVI to MP4
Changing between video formats is a rather complicated process, especially for novice users. This is due to a large number ...
42
How to Convert Video to Audio
What do you need a video to audio converter for? For example, there is a music video with a cool ...
1,151
How to Open MOBI Files
Mysterious MOBI files that you are probably struggling with at the moment refer to Mobipocket eBook file. This is a ...
17,994
Subscribe to important updates and other news by Icecream Apps